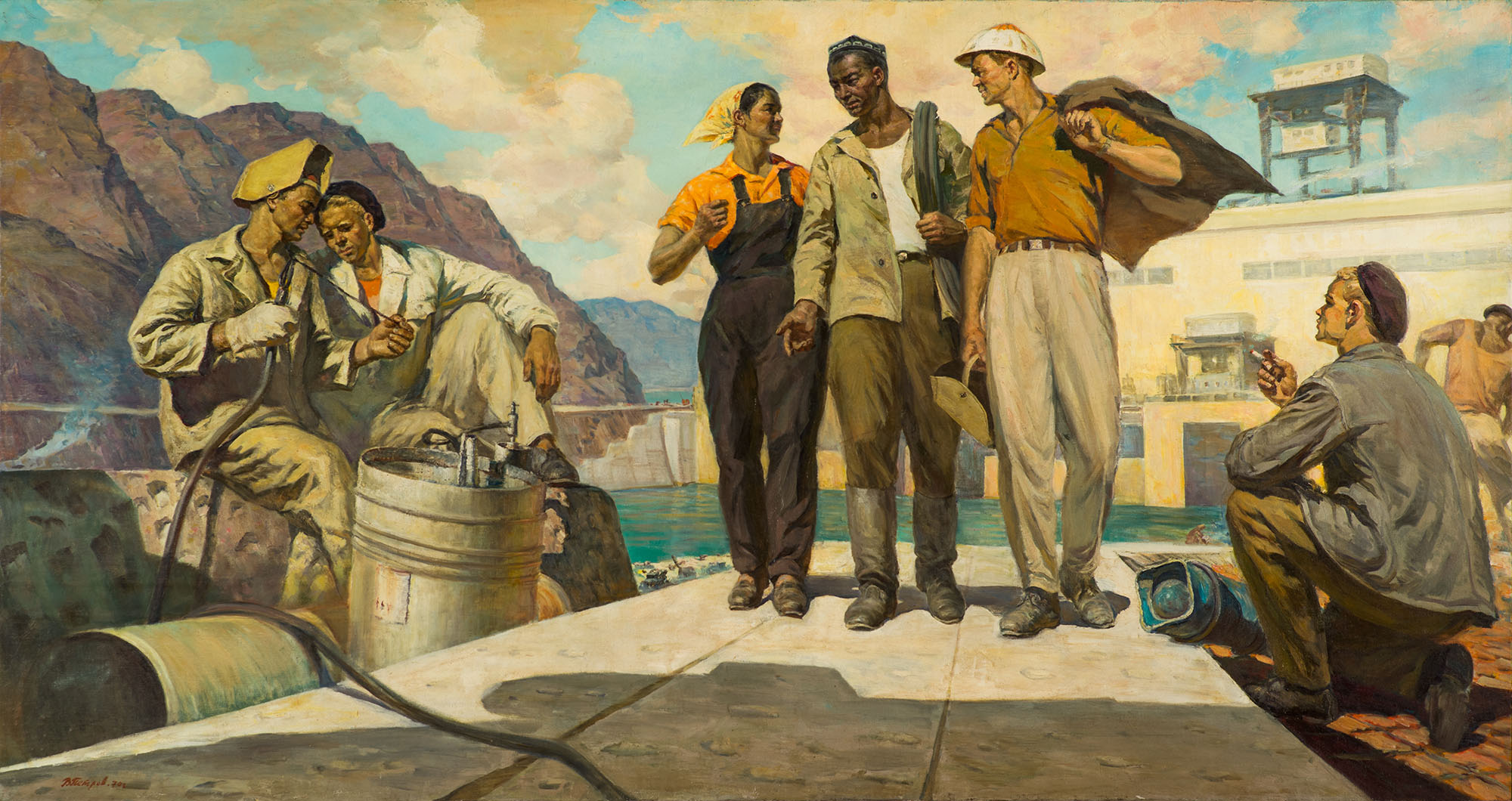 Vladimir Mitrofanovich Petrov is a master of landscape and genre painting in the style of «socialist realism». He was born in Astrakhan. The artist was orphaned early, brought up in a children’s home. In the 1930s. entered the Art Technical School in Astrakhan (now Astrakhan Art School named after P. A Vlasov). Participant of the Great Patriotic War. He met the end of the war in Riga, at the Academy of Arts, where from May 4, 1945. on the assignment of the military leadership and on his front-line sketches and impressions he writes pictures about the «combat path in the Patriotic War of our army» (quoted from the mission order). In the same year 1945 he was demobilized and entered the Latvian Academy of Fine Arts. In the same year he was demobilized.
In 1949, Vladimir Mitrofanovich successfully completed the course of the Academy, receives a diploma with honors. In the same year he came to Uzbekistan, where he lived and worked for the rest of his life.
For 37 years, the artist taught drawing, painting and composition at the Tashkent Art School, while actively engaged in painting.