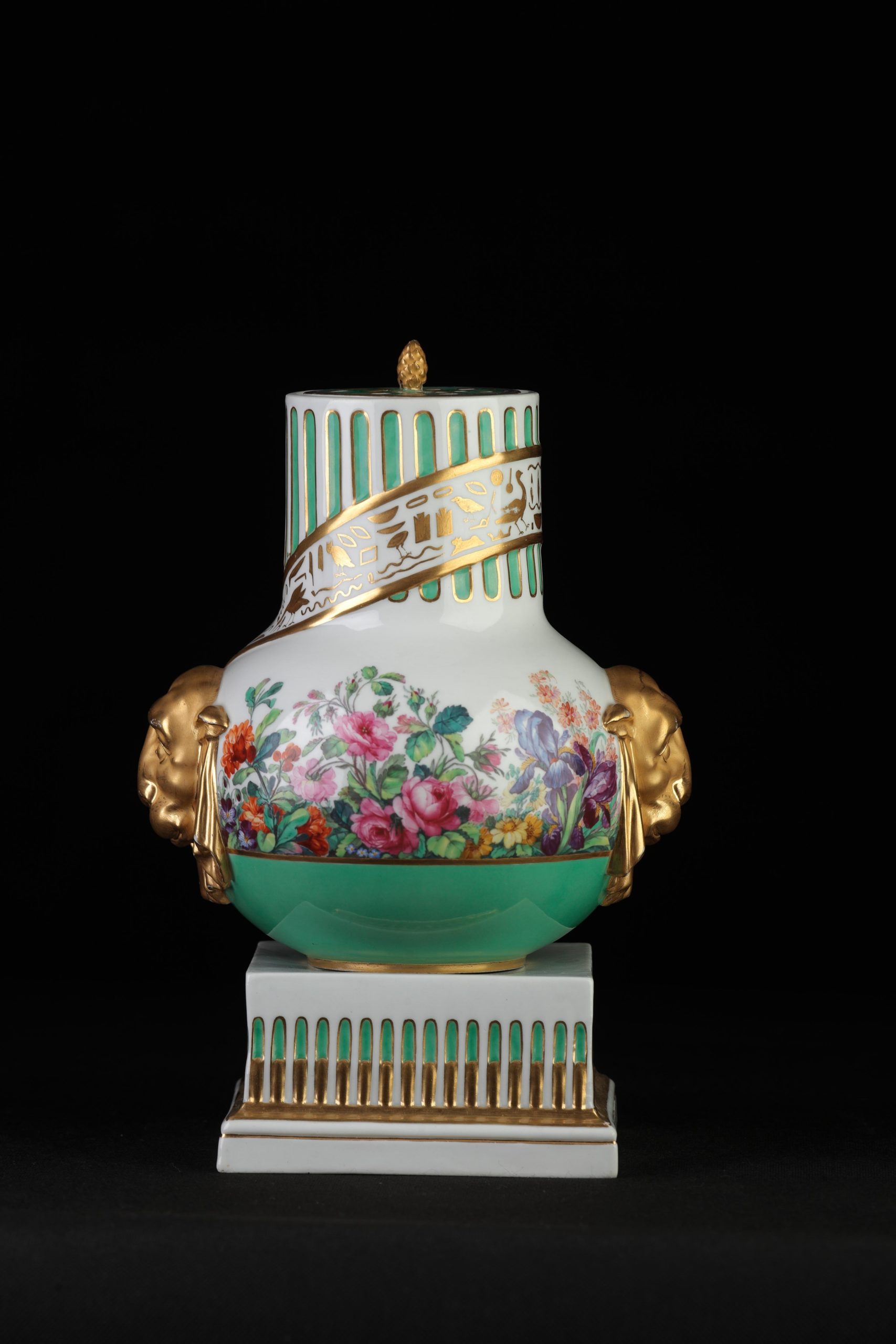 Königliche Porzellan-Manufaktur Berlin (KPM)
Medley vase
Year 1795
Height 28.8 cm
Porcelain, sub-glassy painting, gilding
The term «potpourri» (pot-pourri, potpourri) is called a mixture of dry vegetable material, which produces a pleasant and strong aroma. Potpourri were used to aromatize premises, usually residential buildings. If the pompender was used to carry, the medley served to «ennobling» the atmosphere in the home. Of course, piles of flowers and roots could not be lying on their own - so in the early 18th century in France appeared an unusual kind of containers, called a pot for potpourri, a vase for potrri vase (potrri)

63 WORKS BY THIS AUTHOR