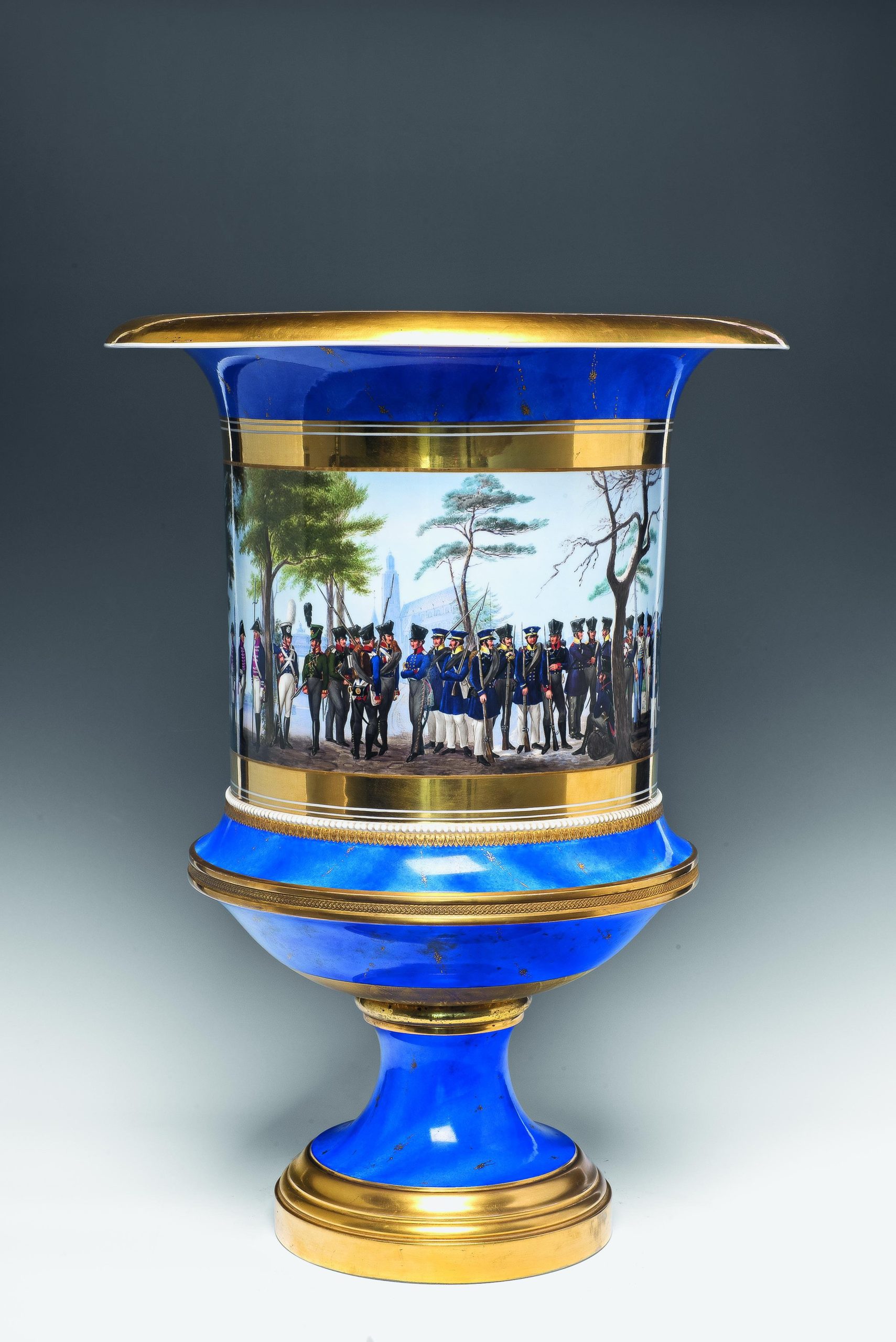 Königliche Porzellan-Manufaktur Berlin (KPM)
Vase for General Friedrich Wilhelm von Jagov
Year 1836
Height 62 cm, diameter 46 cm
Porcelain, sub-glassy painting, gilding
The vase is decorated with a continuous panoramic image of the Prussian infantry. Friedrich Wilhelm Christian Ludwig von Jagov (1771 - 1857) was born into an aristocratic family from Brandenburg. He served as an infantry general in the Prussian army, receiving numerous awards, including the Iron Cross, the Pour le Mérite with oak leaves, the Order of the Red Eagle 1st Class and the Order of the Black Eagle with a chain. To celebrate his 50th birthday in 1836, Yagov took the opportunity to ask for his resignation. According to a family legend, Frederick William II gave him this vase on this occasion

63 WORKS BY THIS AUTHOR